"Killer Tofu" is a song performed by The Beets.

Fast food feels fuzzy
'Cause it's made from stuff that's scuzzy
I always thought I was such a nerd
I refused to touch that strange bean curd
I wouldn't eat it (WOO!)
BUT IT ATE YOU! 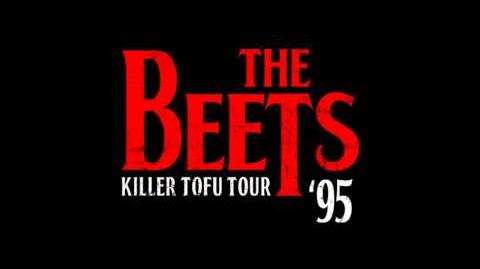 Retrieved from "https://doug.fandom.com/wiki/%22Killer_Tofu%22?oldid=14511"
Community content is available under CC-BY-SA unless otherwise noted.